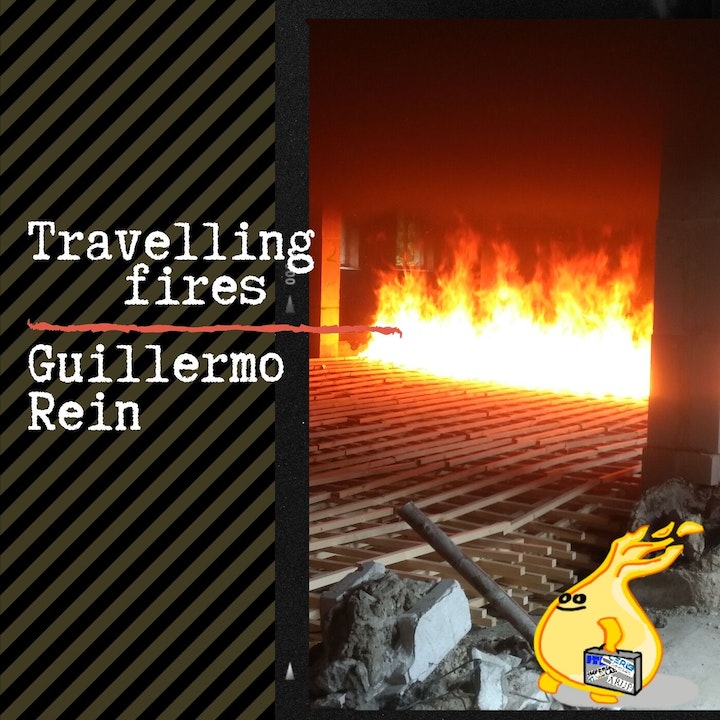 If you have ever learned about the compartment fire dynamics framework, have tried zone modelling or any kind of fire modelling, you have probably noticed that as the compartments get bigger, the less uniform conditions inside are. At some size, the flashover or a "single-zone" model theories just break, MQH equation does not give a reasonable solution and the fire seems not capable of growing to a huge size... But yet, they destroy buildings. Local fire exposure may be damaging to structural elements in the same way as a flashover is. And that is how we considered it for many years...

But there was a gap. Something between a localized fire and a flashover'd fire. For many years we've seen it, but we have not acknowledged it fully untill it was given a name - the Travelling Fire. In today's episode, I have invited prof. Guillermo Rein of Imperial College London, to tell us the origin story, recent developments and future plans related to this methodology. This should be interesting to all - from fire scientists to engineers.  IMHO, a well invested hour of your time!

Make sure to connect with Guillermo on socials:
- Twitter
- LinkedIn
and with his group - Imperial Hazelab (also on Twitter).

Guillermo has published 200 research papers, and among them many landmark pieces on travelling fires that I recommend:

and some many more... You may also be interested in the relevant PhD thesis:
- Jamie Stern-Gottfried (2011)
- Egle Rackauskaite (2017)

And some other work related to travelling fires carried across the world: