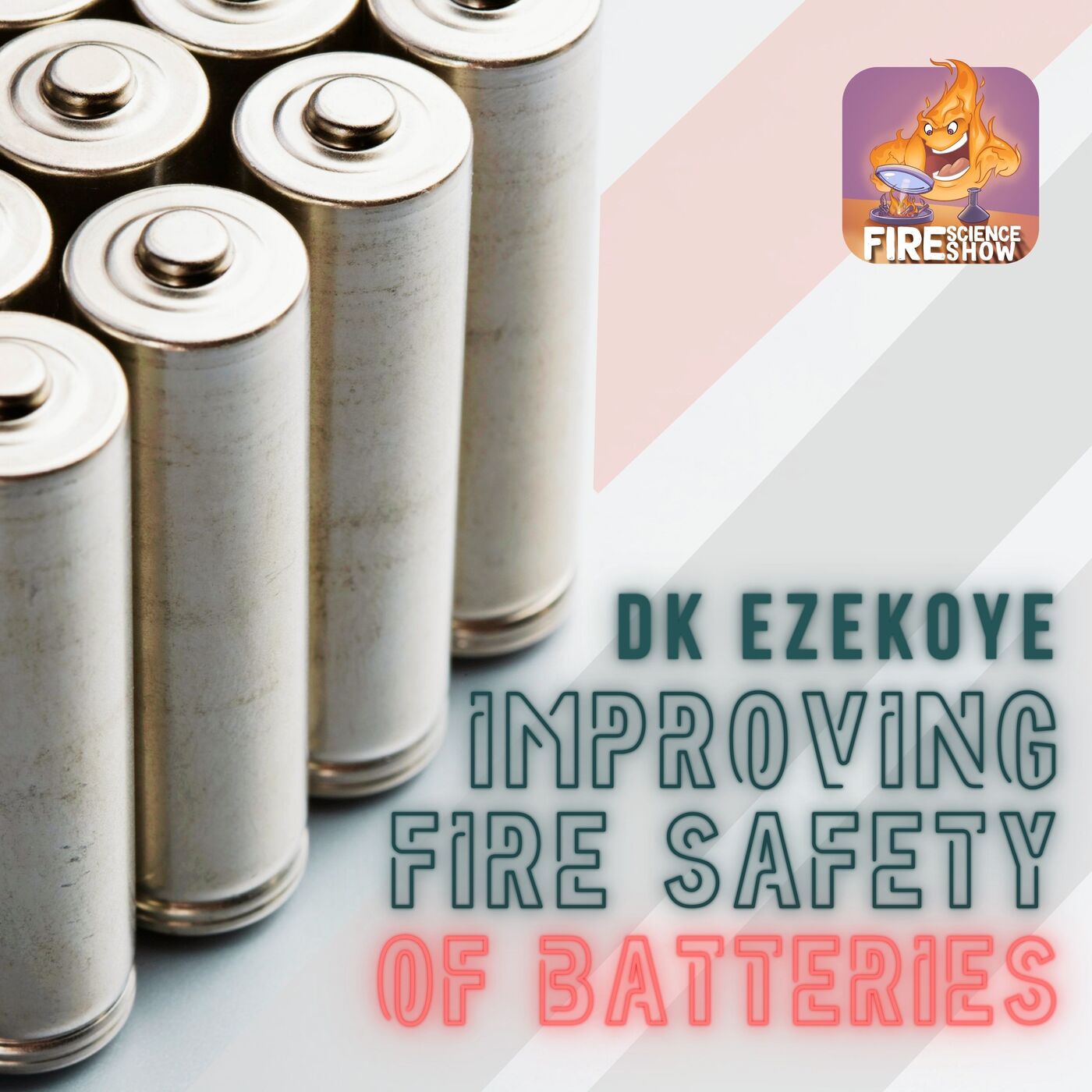 Since Episode 6, the fire safety of battery systems was not very much visible in the show - a good time to change that! And we do this with a  true legend of fire safety - Ofodike Ezekoye. In the last year, I have learnt a lot about battery systems, which did not make me more afraid. Entirely opposite - the more I know, the more confident I am in fire science and engineers finding solutions for any outstanding issues with this emerging technology. In this episode, we go through the challenges at different scales of the battery system - from the chemistry of cathode, anode and electrolyte, through challenges in manufacturing and quality control, battery management systems up to the scale of whole off-grid systems. Each presents unique challenges. Each is a place of ongoing innovation.

But the most important, IMHO, is to look at the threat holistically. Even if we remove all the intrinsic dangers of energy storage, the batteries may still be there when a fire starts for other reasons... We may be able to contain the 'thermal' threats, but are we looking for solutions to the smoke? And what to do with billions of already existing batteries that we deal with everywhere in our lives... All these questions got answered here, so you don't want to miss this episode!