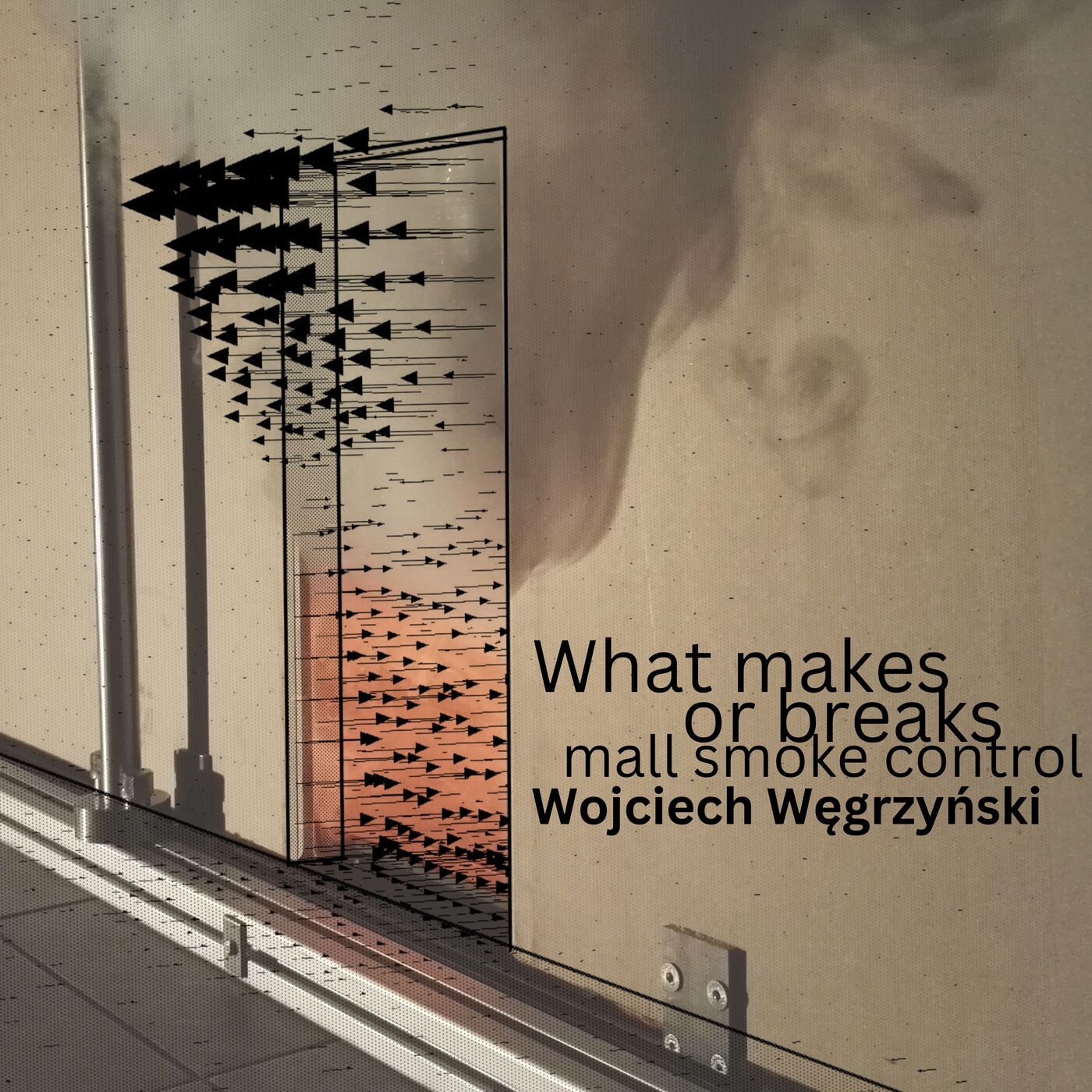 Long before I started the podcast, my bread and butter was to find clever ways to remove smoke from shopping malls. Actually, I like to believe I was pretty good at the job, given the fact some of the biggest projects in Eastern Europe successfully made their way through our office. At some point (after reading Roger Harrisons PhD thesis) I figured out there is some science in the stuff we are doing in our engineering, and that day I turned into a scientist. This idea turned into passion, and passion into quite an intense research that ended up with a PhD.

What matters in this journey is not the profits or titles I've received, but my own transformation. From someone seeking to optimize a system through improving assumptions for my analytical models and some more advanced calculation methods, to someone who appreciates the complexity of airflow in a labyrinthine mall. And some conclusions of this journey I would like to share with you. What I think are the uncommon things that make or break a smoke control system in a mall? Listen to the episode and you will find out (TL:DR - design fire, architecture, inlets, architecture and outlets :))

Here are some resources you may find useful:
- Gus Gaggliardi's list of resources mentioned in the podcast intro;
- My ResearchGate with a ton of resources on smoke control;
- The only English paper from my PhD with the summary of findings;
- I've lied, there is a second paper from my PhD summarizing why it does not matter where you place the fire in a compartment when running CFD!
- Review paper on axisymmetric plume models
- Actually, a funny story - in the end, I've written a book on smoke control in malls and it is available here (in Polish, sorry!). It is a summary of my PhD and not a guidebook as I've envisioned in 2016, but still - I guess it counts as a book :)